INNOVATION IN THE VINEYARD 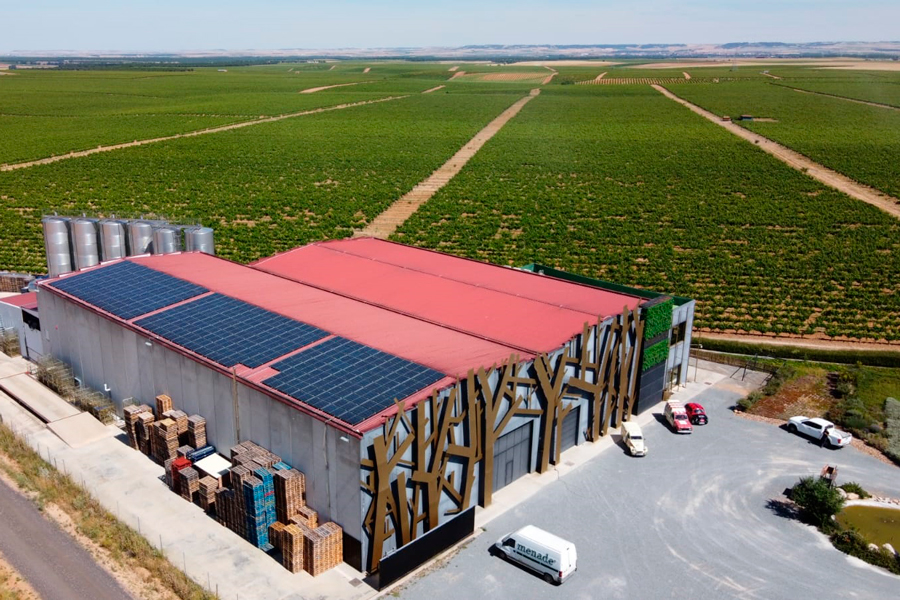 The Sanz siblings’ interest in using technology to obtain healthy and balanced grapes, in an environmentally friendly way, has encouraged them to develop an R&D&i project with a ‘fumigator’ drone.

In this way, and with the participation of the Agrodata company, tests are being carried out to treat the vines from the air, which has many advantages: the soil doesn’t clump, greater accuracy can be achieved, pollution is reduced, and the working time is very similar to what can be done by tractor.

The drone first performs reconnaissance flights to make a map of the plots, adjusting its reach and characteristics to map the route. The device has one tank of fuel, and another that houses the product; it flies over the lines at the appropriate height and applies the treatment according to the required quantity.

Although the technology is not 100% developed, the use of fumigator drones is a major step forward for precision viticulture, because they are no longer only used for digitalisation and remote sensing, but also for execution. At Menade we are pioneers in the use and development of this system.

2020 will be a year to remember in many ways, including in the vineyard. The current vintage has been marked by ample rainfall and moderate temperatures. This leads to the emergence of fungal diseases in the field, such as mildew and powdery mildew, mainly due to a particularly rainy spring.

Since 1 October 2019 there has been 385 l/m2 of rainfall, compared to an annual average in the area of around 300 litres per square metre.

At Bodegas Menade the work of the field team has been very intense. Firstly, to combat mildew, treatments of ozone and herbal infusions were carried out and  early detection helped greatly in controlling it.

After the mildew problem had been solved, powdery mildew appeared. Bicarbonate and ozone are being used for this blight. Fortunately its appearance is very localised, so with great effort it is being controlled.

As if all this weren’t enough, the grapevine moth has proliferated more than usual this year. The sexual confusion technique is very efficient against this insect, as evidenced by the traps distributed around the plots.

You can find out more about which cookies we are using or switch them off in settings.

This website uses cookies so that we can provide you with the best user experience possible. Cookie information is stored in your browser and performs functions such as recognising you when you return to our website and helping our team to understand which sections of the website you find most interesting and useful.

Strictly Necessary Cookie should be enabled at all times so that we can save your preferences for cookie settings.

If you disable this cookie, we will not be able to save your preferences. This means that every time you visit this website you will need to enable or disable cookies again.